I became a programmer!…

Well for a little while anyway, and with lots of help from the instruction manual which came from a programming textbook. I got a little taste of programming after trying out “Programming in LOGO” as this week’s assignment for ECI833. What I found out about myself after trying my hand at this….. well let’s just say, I should keep my day job.

The purpose of the manual is to introduce programming in classrooms and to be used by educators for their students as an introduction to coding. I could see this being useful in computer classes and math classes and probably for the upper middle years and high school. It allows for students to problems solve, calculate, create, and to receive and introduction to what programming entails.

Even though I got frustrated at times (I have spatial and directional issue?) I was able to follow the guide quite well. The commands are numerous and become quite tedious to type out, but if you are not specific and concise, the computer does not understand what you want it to do. I thought I was pretty good at following directions, but I would miss a step here or there and, of course, end up with something completely different from what I was supposed to get. I had to force myself to slow down and make sure I typed in the correct commands. Even the spelling is important. I was going too fast one time and instead of spelling “repeat” I typed “repaet” and after this was after typing a long command. I had to do it all over again because of a small (and silly) spelling error. Attention to detail!

As the commands to complete the lessons became more difficult I realized that I had to write it on paper first in order to figure out the problem. I could not easily do it in my head. I also had to mark my starting point, because when there were repeating patterns I would get confused as to why my results never matched that of the text. Slowly, but surely, I began to get used to it. For this reason, I think that this particular program would be better used grades 6 or 7 and up.

Then we got to the “pen up” section, which allowed you to make lines side by side without being connected to one another. The problem that I quickly found out was that if you tell it to pen up (pu) and forget to tell it to pen down (pd) then the rest of your commands will be invisible. That can be frustrating as well.

What I really appreciated about this manual and why I think it would be beneficial for students upper middle years and higher is that it made me do the commands the long way first so that  I understood exactly what I were telling the program to do. Then it showed different ways of naming the program so that I could use shortcuts and save myself time in the end (very similar to what students learn in math such as short division after one learns long division, or creating a formula, but in the end only memorizing the formula instead of having to recreate it each time). These lessons in coding are very good at teaching patience and persistence. There are many times I was trying to solve a problem and could not after several attempts. It forced me to look at my thinking process so that I could think of how I could do it differently in order to succeed.

I was also interested in learning about how I could introduce coding to younger grades, and after reading about coding, on CBC’s, called “Why Kids Should Learn To Code (And How To Get Them Started)” ,it lead me to another website called “Hour of Code” that would work for students around age 8. The students would not be expected to type in the code, as I did with the program I used, but instead use a drag and drop method. I tried Moana’s “Wayfinding with Code” that include 19 short lessons. 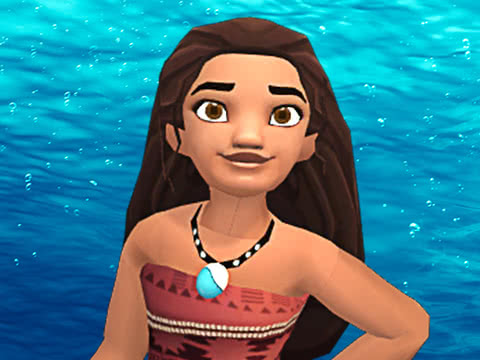 It also comes with a short video at the beginning to introduce children to what coding is and why it might be of use to them to learn.

Seymour Papert’s Theory of Constructivism states “[f]rom constructivist theories of psychology we take a view of learning as a reconstruction rather than as a transmission of knowledge”. With these lessons, students will not just be transmitting what they know from math classes to programming, but have to rethink or “reconstruct” their thinking on what they have learned throughout school in order to solve the problems that are presented. They aren’t just asked to solve a problem that they have seen before but to attempt it, possibly make mistakes, and then have to think about how they can attempt the same problem in a different manner from the first in order to make the program work the way they want it to. They will not only learn different things about the math, space, directions and more, but also about their own thinking processes. If I were to incorporate this into a classroom, I would suggest that the students be put into groups so that they can collaborate and work with each other to be successful.

So, will I introduce coding into my grade 5/6 class when I go back in December? I think I would be interesting to try and beneficial to my students. I would definitely have to play around more with different programs made for teaching code and further educate myself, but I definitely see the benefits and believe it would be worth it to my students education.

I'm a Core French teacher with a masters degree in Education. I have two beautiful children, a husband and a tiny dog. I love to read, crochet, travel, cook and constantly learn. I am still new at blogging but am eager to share my thoughts and ideas. View all posts by sonjagoby

2 thoughts on “Coding in the Classroom”